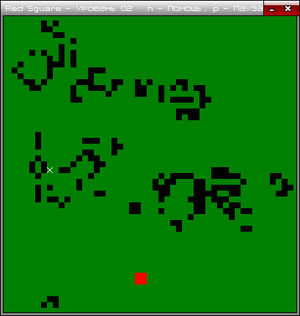 If the red square destroyed, it's not game over yet. Maybe you are lucky and if after the evolution number of your red squares become more than black squares number, then the level will be passed.

Original game under Win32 was written by Vladimir Privalov, 2002
Reprogrammed in assembler language under KolibriOS by Willow, 2005