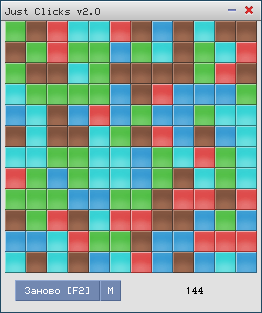 You have to destroy as much colored blocks as you can. You can destroy blocks only if there are blocks of the same color near it horizontally or vertically.

Press "Again" (or "F2" key) to start a new game.
To destroy blocks just click on them (Just clicks ;)